Visitors who stay at New Zealand holiday parks spend close to $1.2bn annually with the outlay by domestic visitors increasing to almost 60% of the total, according to a new report.

The new Holiday Parks New Zealand-commissioned research indicated that domestic visitors last year accounted for around $702m – or some 59% – of holiday park expenditure, up from 53% in the 2017 survey.

The peak season study, carried out by Angus & Associates, found that visitors spent an average of $144.59 per night while staying in holiday parks – inline with last year’s figure – with $127.71 attributed to domestic visitors and $168.68 to international visitors.

An additional benefit of domestic visitors is that they stay longer in one place and are very likely to come back to the same destination year after year, Brown added.

A break down of spend per region revealed that Northland and Canterbury contributed the greatest amount to the total with spend by domestic and international holiday park visitors to these regions coming in at $798,000 and $779,000 respectively.

These individual region were eclipsed by the combined Canterbury Regional Tourism Organisation figure which tipped the scales at more than $1.2m.

Angus & Associates’ research also examined what holiday park visitors were spending their money on, finding that a quarter of expenditure can be attributed to accommodation costs (around $301m annually) followed by snacks/groceries and activity/admission fees.

The research also found interesting differences in the way that international and domestic visitors spend their money.

“This highlights the importance of international visitors to the economy with their higher average daily spend per person and longer travel period,” Brown said.

The research also found holiday park visitors spend on a very wide range of items, meaning the economic benefit of a holiday park for its host community is well spread. For example, the 2018/2019 expenditure included gifts, clothing and footwear, books, model planes, a snoring guard and vacuum hire.

Brown said while it is gratifying to see the huge value of the holiday park sector to New Zealand’s economy – comparable to NZ racing industry on $1.2bn and far exceeding that of the cruise industry on $434m – he’s most proud of the economic contribution each park makes to the community and region it operates in.

“Holiday parks also indirectly contribute to the region. For example, the dairy that employs an extra person over summer to cope with the business generated by holiday parks, or the boating store that places additional radio advertising to attract purchases from holiday park visitors. Holiday parks share the profits and are valuable community hubs.” 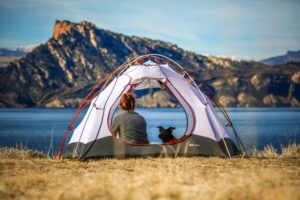